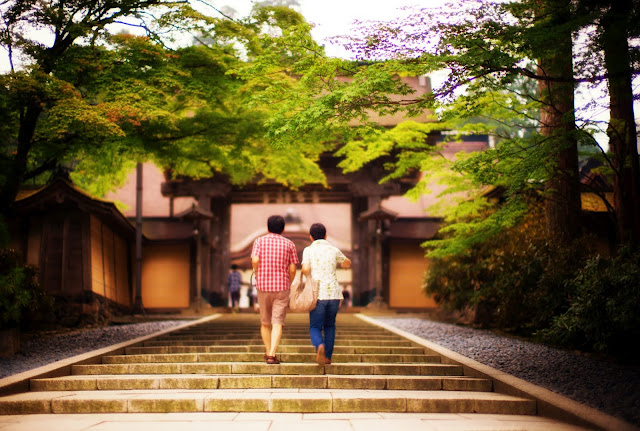 Koya-san (Mount Koya) was founded 12 centuries ago by the monk Kukai as a place dedicated to the study and practice of Buddhism. Its been designated a Unesco World Heritage Site. There are over 100 temples in the valley and Koya-san serves as the end-point of the popular Shikoku 88 Temple Pilgrimage (Ohenro), although its not on the island of Shikoku. 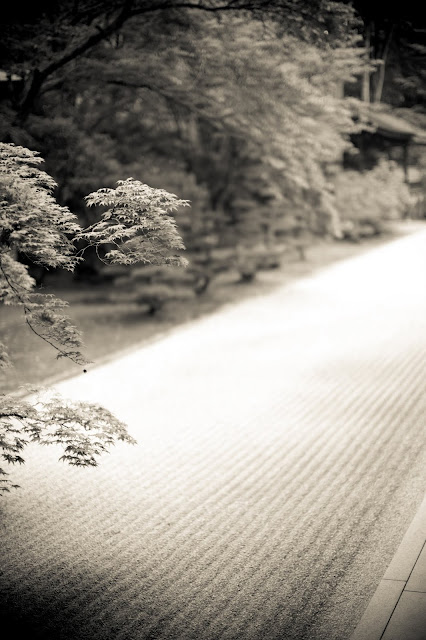 Our time was limited in Koya-san to just a few hours – we had to be in Wakayama City for the evening. The high altitude of Koya-san proved to be a pleasant way to escape the summer heat. Next time we hope to come back for a longer stay. 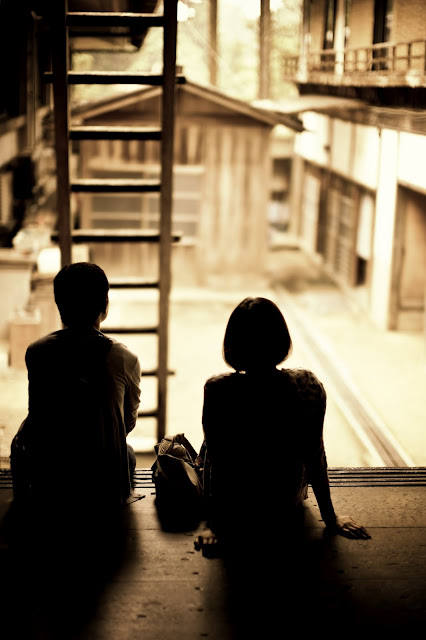 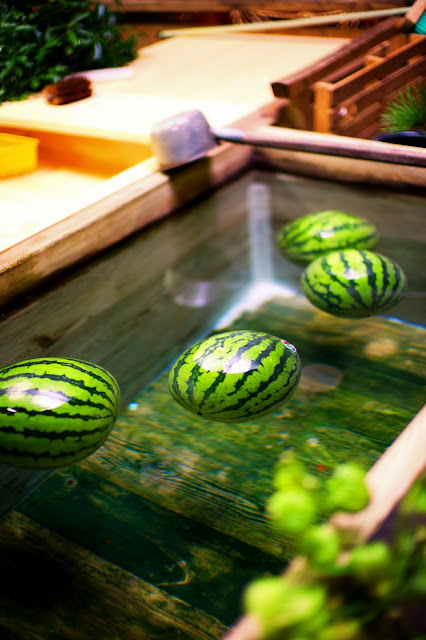 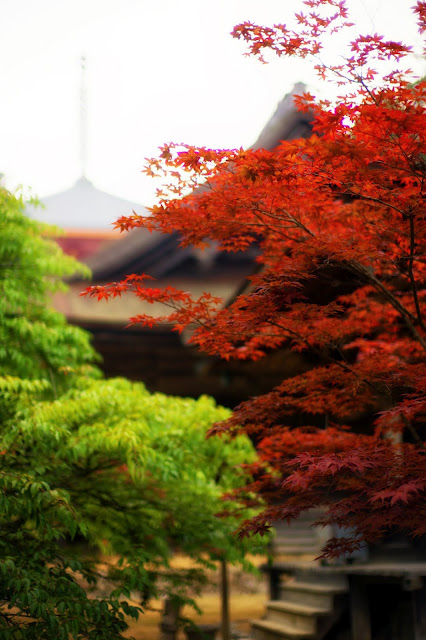 A monk coming to eat at one of the numerous delicious vegan restaurants in Koya-san, where we had lunch. Koya-san is famous for its shoujin ryori, vegan food developed by Buddhist monks. The vegetarian dishes are tasty – they’ve been refined over hundreds of years. You can also stay overnight at one the numerous temples (no hotels) and you’ll be served a shougin dinner and breakfast. 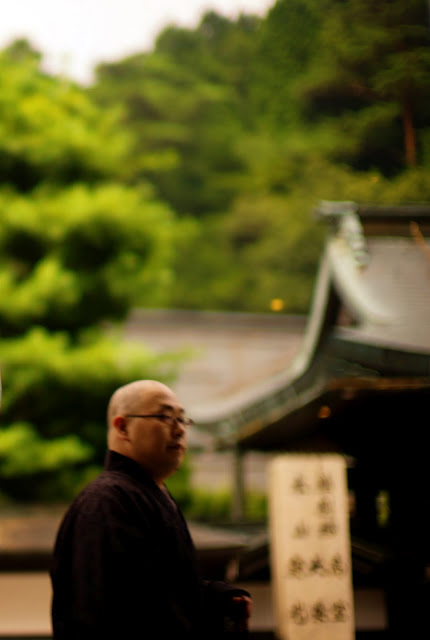 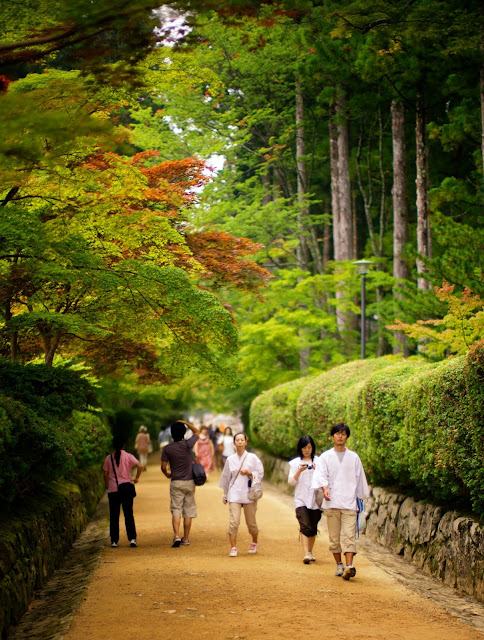 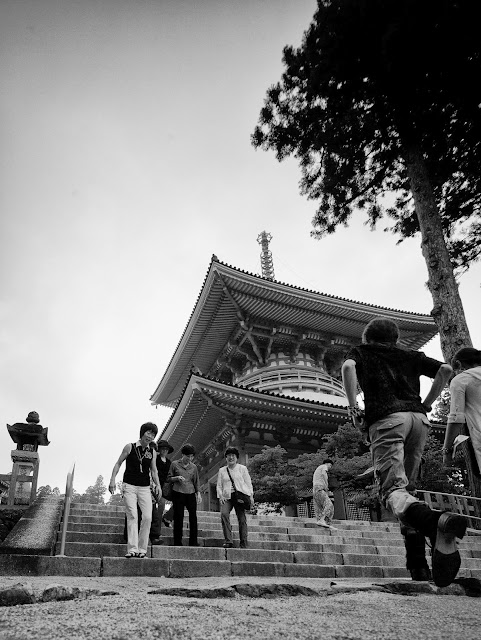 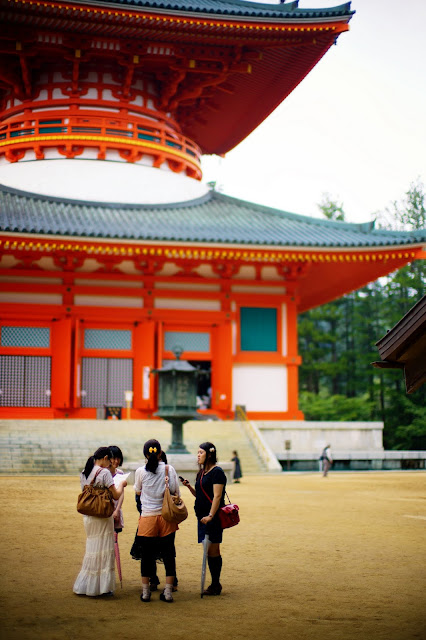 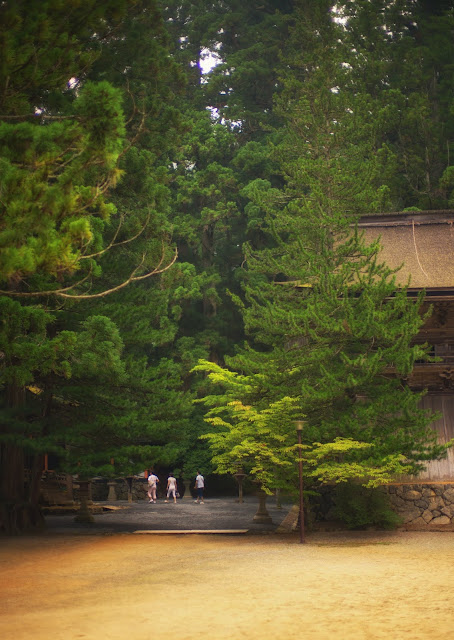 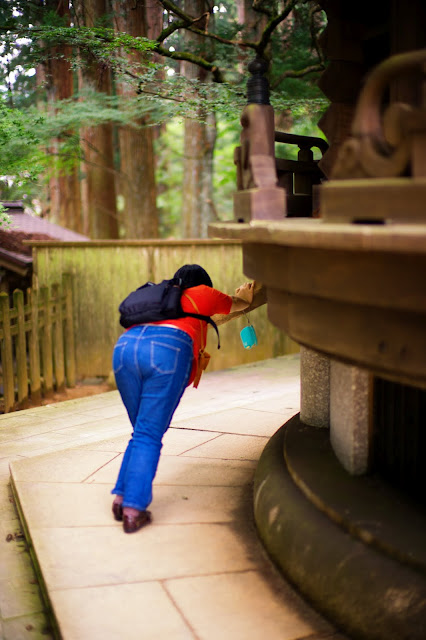 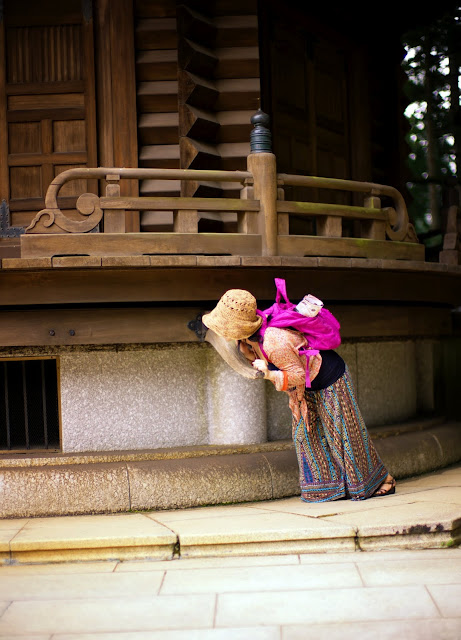 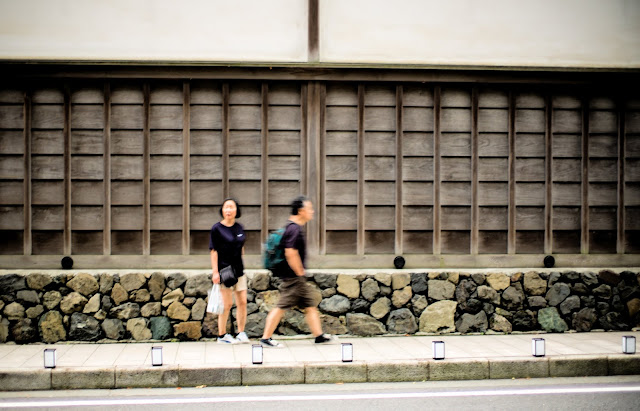 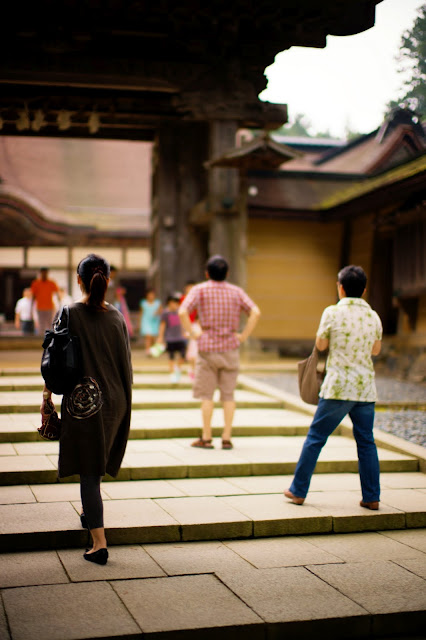 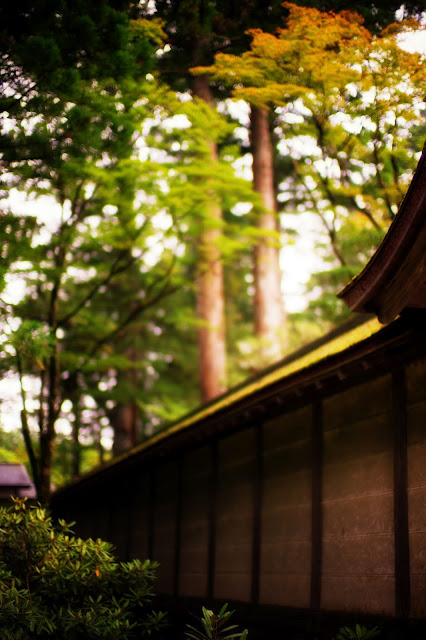 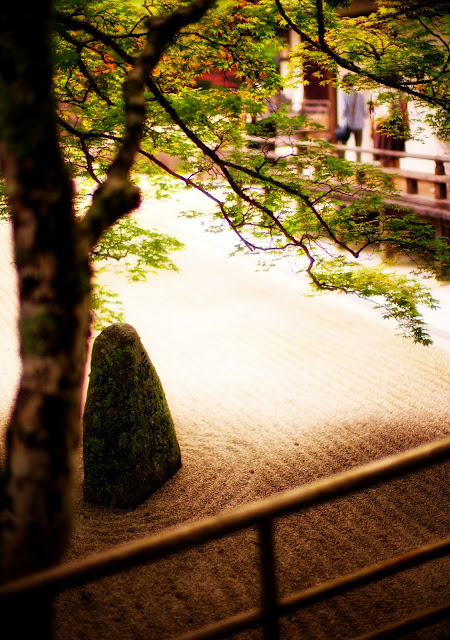 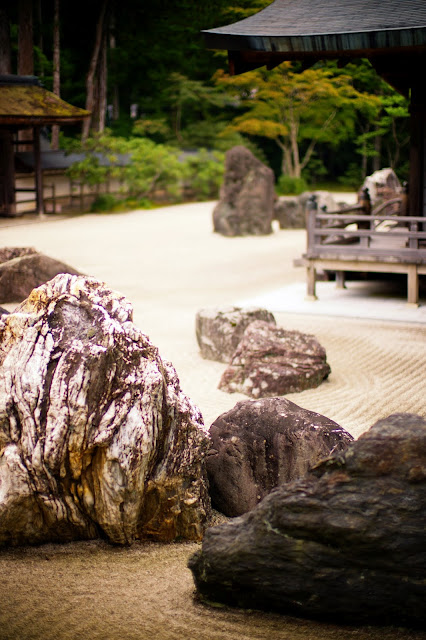 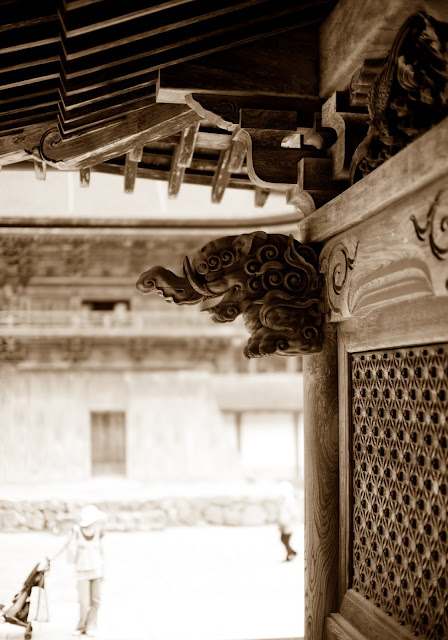 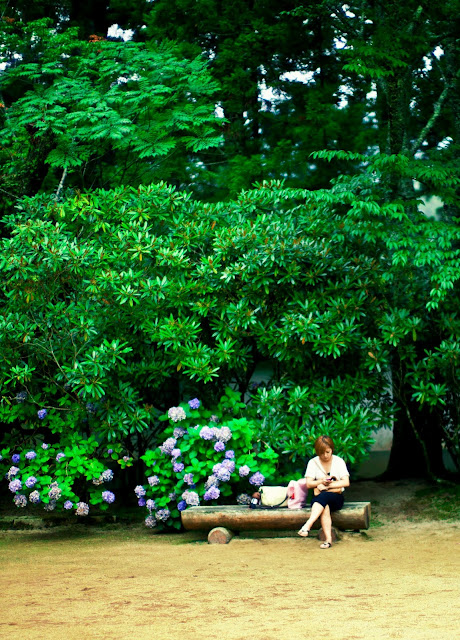 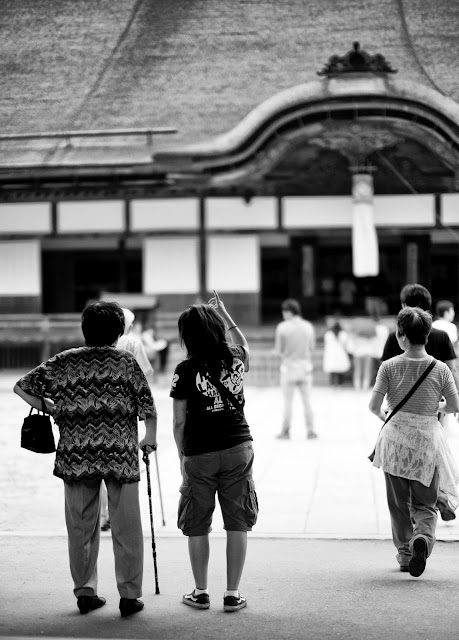 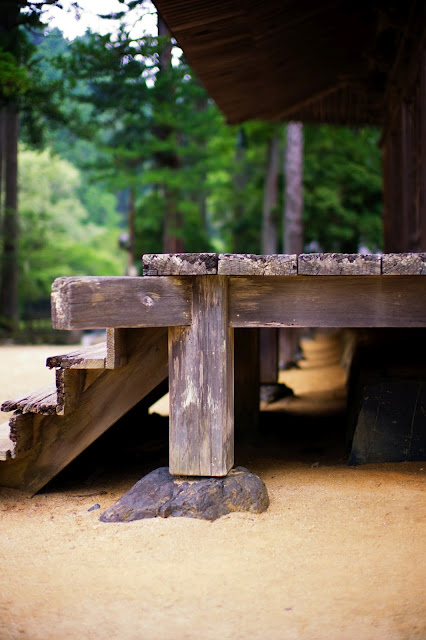 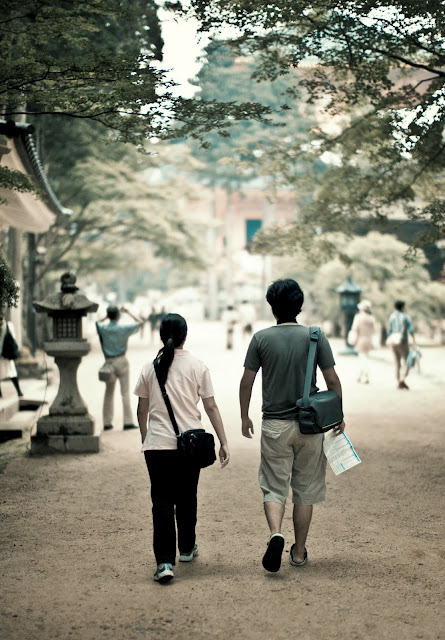 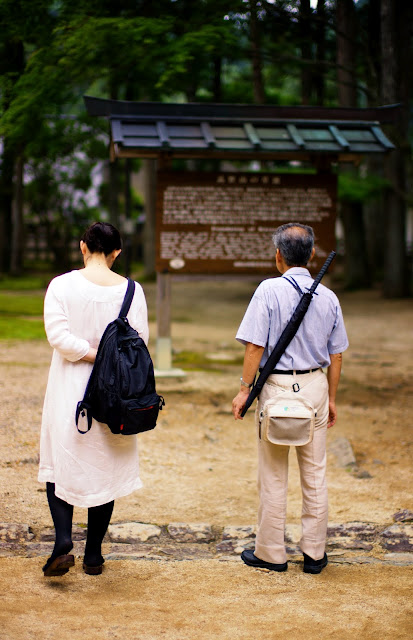 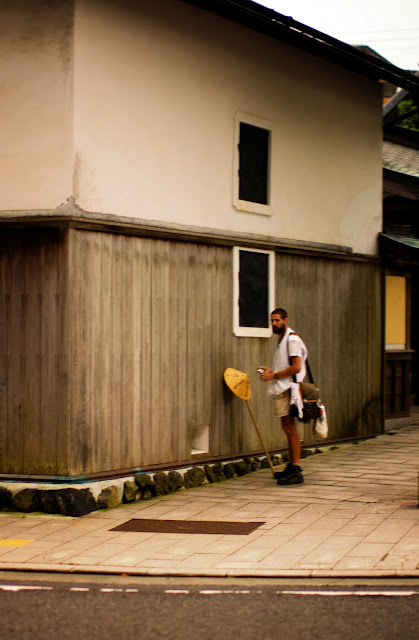 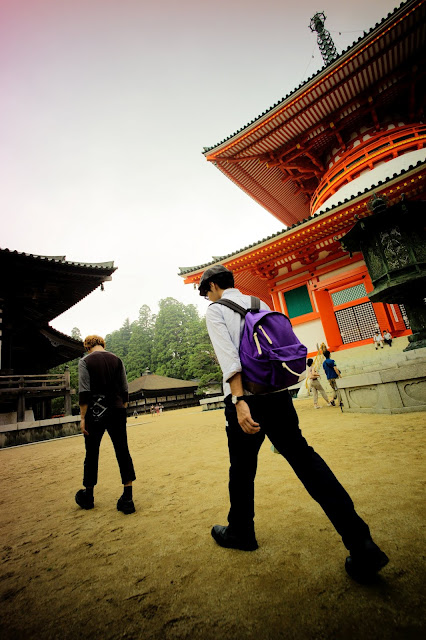 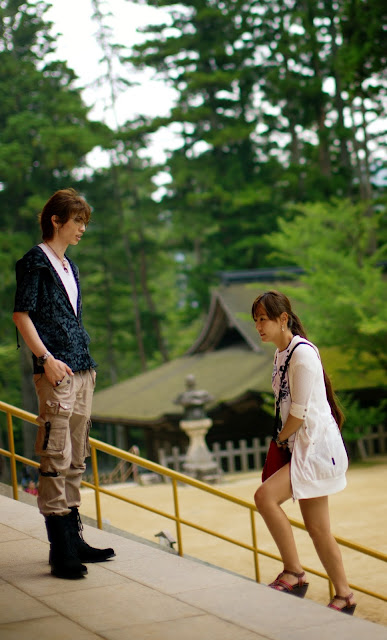 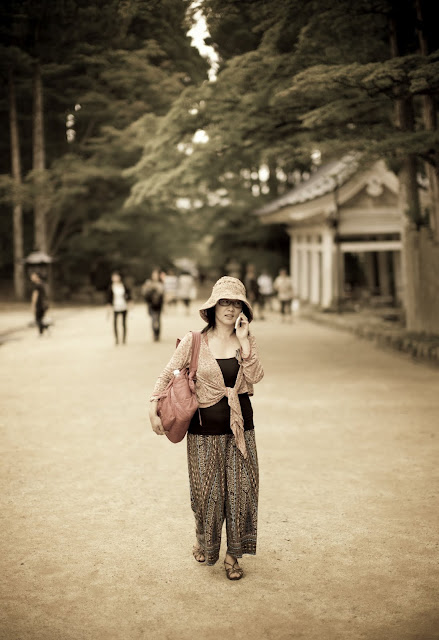 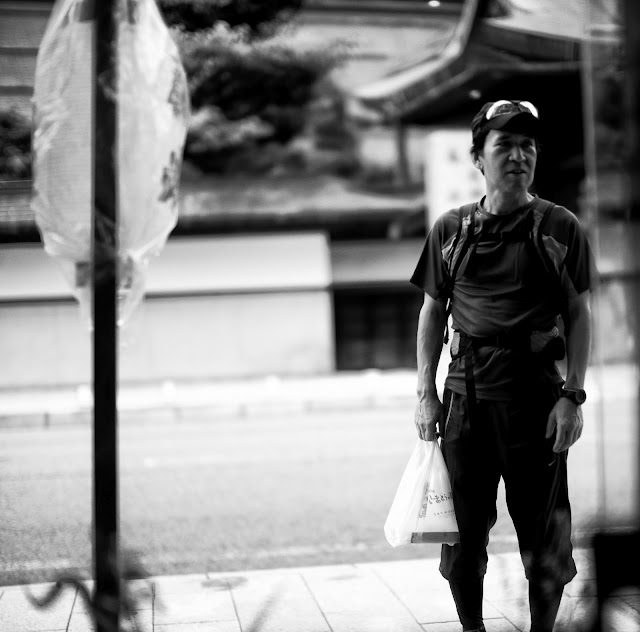 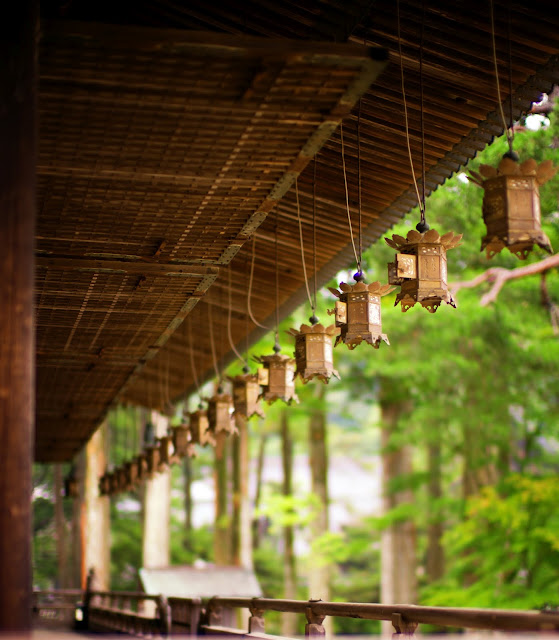