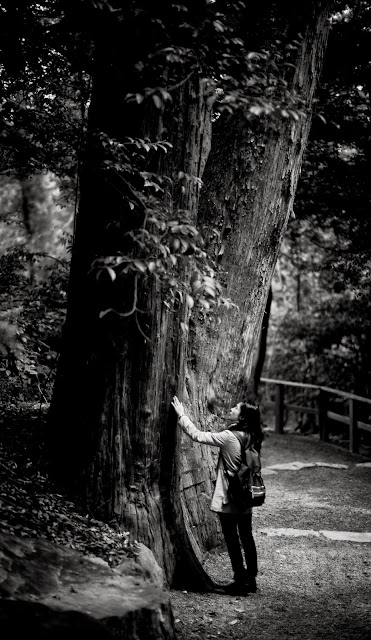 Took a day trip to the Ise-jingu Grand Shrine (伊勢神宮) – which is essentially the HQ of Shinto. The shrine is divided into an outer shrine (Geku 外宮) and the inner shrine (Naiku 内宮). The high priest or priestess of Ise Shrine must come from the Imperial family.  Its about a 30 minute bus ride between the 2 shrines. I visited Geku first. 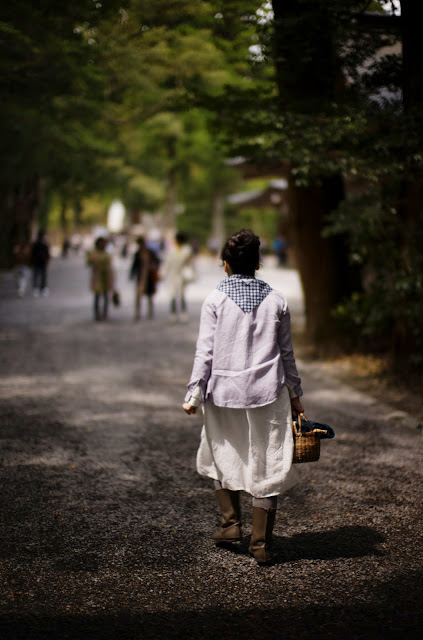 The Ise shrine has a unique tradition that has been ongoing uninterrupted for 1,300 years.  The shrines and any associated structures such as bridges and towering torii gates are totally rebuild every 20 years on an adjacent site.  This year, 2013,  is when the newly rebuilt structures will be put to use.  Each rebuild costs about 1/2 billion US dollars, half of which is paid with tax dollars. Each rebuild requires 10,000 cedar trees.  The main pillars from the old structures are used for torii gates in the new shrine.  All the other lumber from the existing structure are distributed around the country to other shrines that need repair. 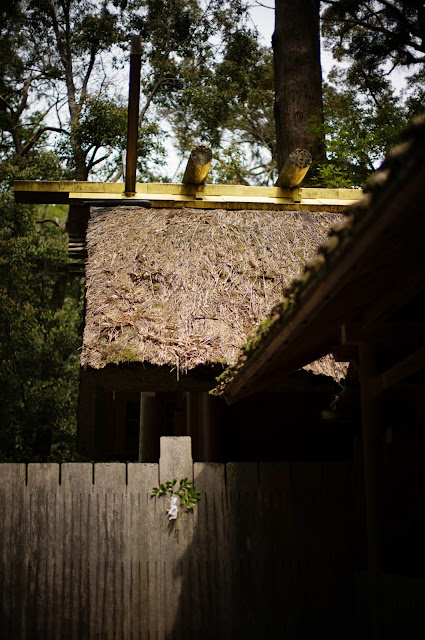 Why rebuild every 20 years?  It follows the shinto belief of death and renewal of nature.  The Shinto religion stresses harmony with nature.  It also helps to preserve the building techniques from one generation to the next.  Another reason is that the shrines follow the architectural style of grain houses from the Yayoi period (300 BC to 300 AD), which stored seed rice in case of famines.  The roofs of these warehouses had a thatched roof, which becomes heavier over time as they absorb water.  After 20 to 30 years, the structure could no longer support the roof.  Because the warehouse was vital, a new warehouse would begin construction while the existing structure could still be used. Any construction you see in the photos are for the new structures. 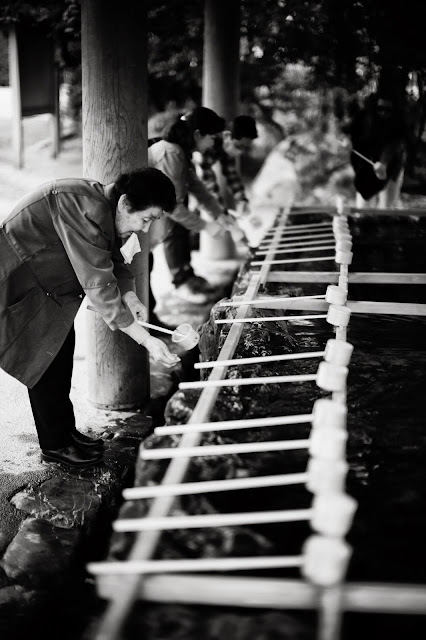 As a sign of respect, visitors bow before entering the shrine and when leaving. 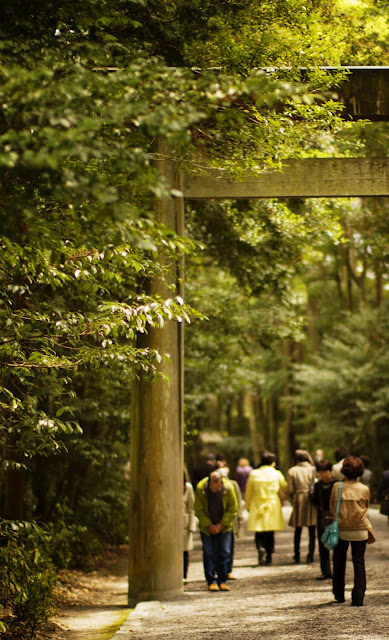 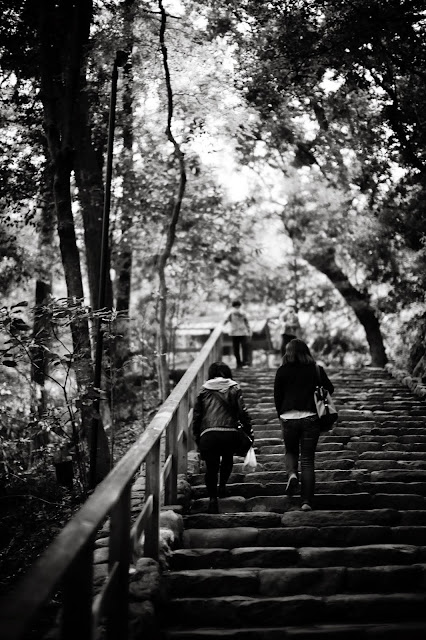 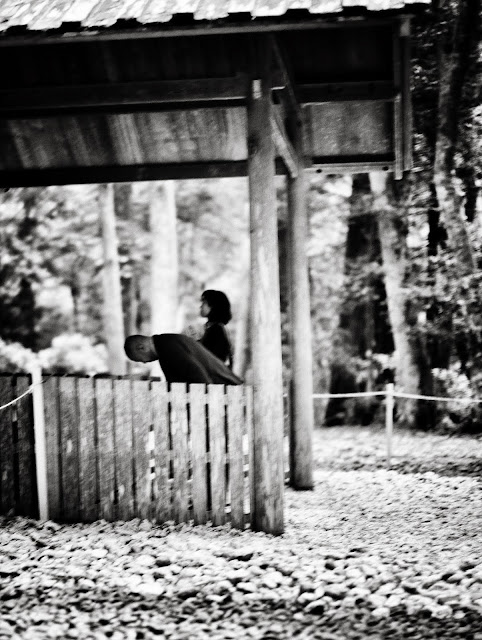 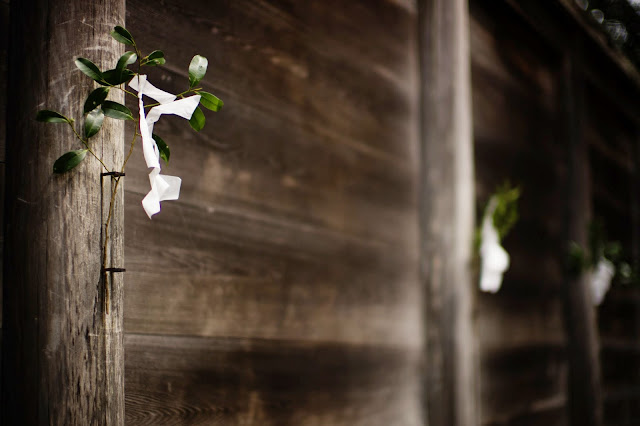 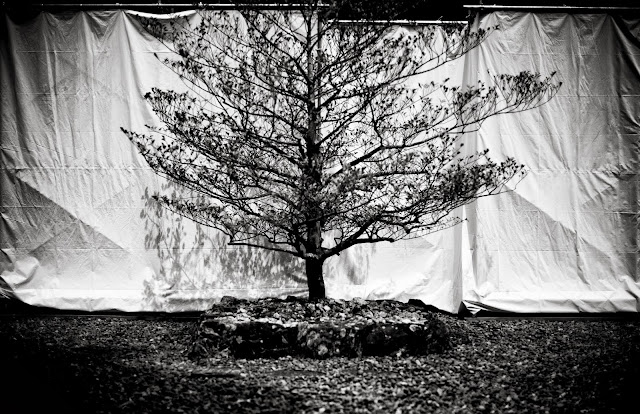 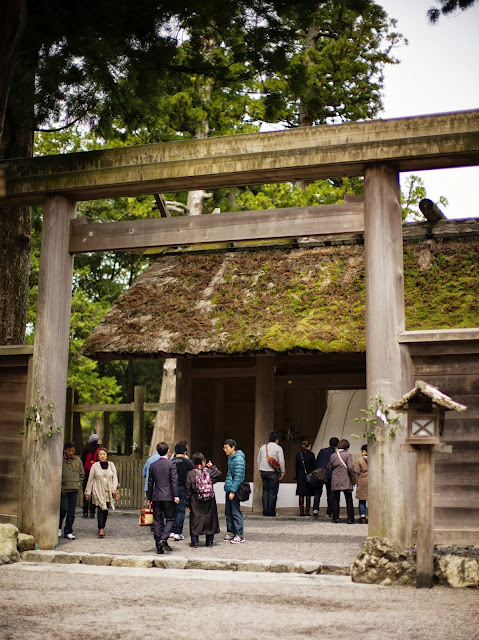 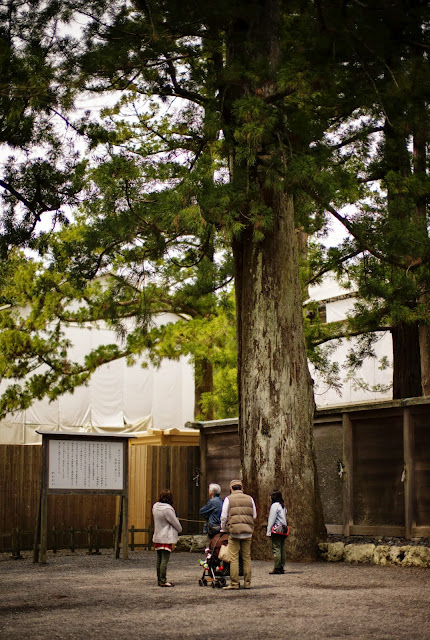 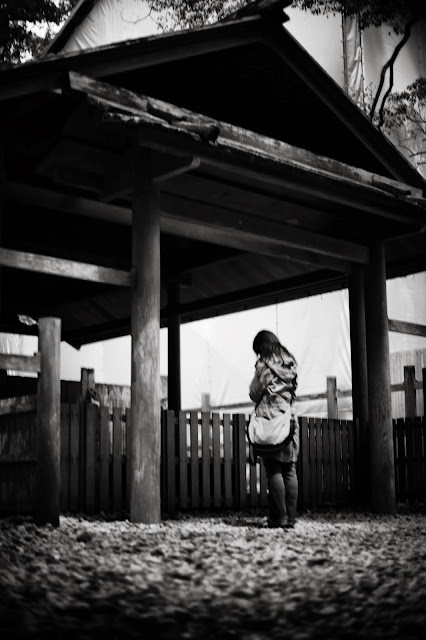 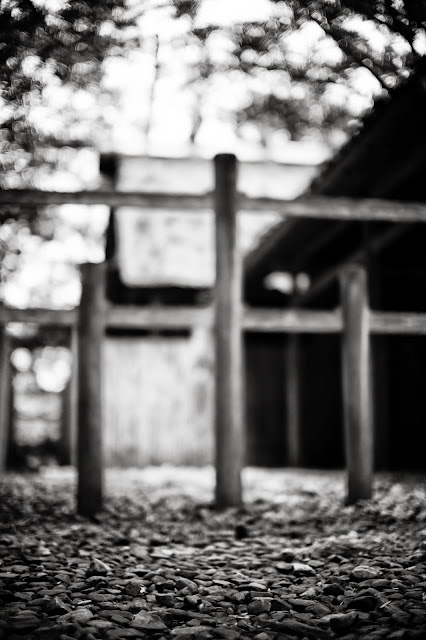 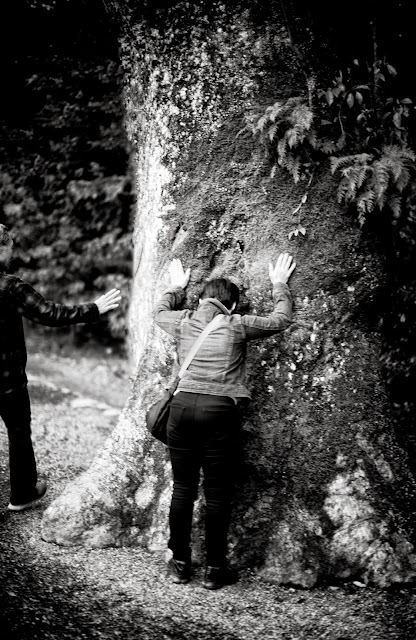 This entry was posted in Japan, Photography, travel. Bookmark the permalink.